Original article appeared in The Guardian. 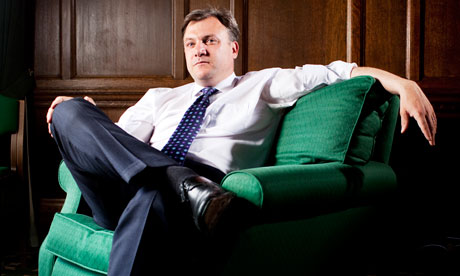 Ed Balls is launching a drive to get more ethnic minority candidates into Labour politics, pledging that as party leader he would devote a proportion of party funds towards boosting their number.

The leadership contender plans to set up a Labour party diversity fund to enable candidates from groups currently under-represented to stand for elected office.

The number of minority MPs doubled at the last election from 14 to 27 with Labour’s Shabana Mahmood becoming the first Muslim woman to get elected in Birmingham Ladywood and Chi Onwurah became the first African woman to win Newcastle Central. But the number is still too low and there are perennial calls for the introduction of shortlists composed of all black and minority ethnic candidates.

In an article to be published on the website of community organisation Labour Values, Balls will say: “We must do better for all of those who are under-represented, including black, Asian and minority ethnic groups, the disabled and people from poorer and disadvantaged backgrounds.

“Even just a few pence in every pound could make a real difference to those that need help to stand, and would give a voice to those who struggle to be heard.”

The pledge is part of a package of reforms to the Labour party that Balls is throwing into the equation. Like other candidates for the Labour leadership, the shadow schools secretary also wants to encourage the 3 million people who currently belong to a union affiliated to the Labour party but are not themselves members to join the party. Balls wants to extend to them the ability to join at the same £1 rate offered to young people.

Balls calls for an end to the heavyhanded behaviour of central party operatives who on occasion in the run up to the last election over-rode the decisions of local activists. He said: “Having given a leg up to these candidates we must then ensure that it is local people, and only local people, who select our candidates. There is no point in supporting local people to stand if they are then bumped by an imposed candidate.”

In outlining his vision for how the Labour party’s policy making process should be made more open, and the leadership more receptive to ideas from the party’s lower rungs, Balls makes a dig at leadership rival Ed Miliband and his role in producing Labour’s last manifesto.

Balls writes that Labour’s national policy forum called for votes to be extended to 16-year-olds and they secured the policy’s place in the manifesto, only for it to be “watered down to just a free vote in our election manifesto”.

Original article appeared in The Guardian.

We need your help to implement the Labour Diversity Fund. Click here to declare your support now.

The Labour Diversity Fund is a proposed fund within the Labour Party to develop talented individuals from under-represented groups, and provide grants to people unable to sustain the costs of candidacy.   Get the lowdown »

Error: Twitter did not respond. Please wait a few minutes and refresh this page.